The Commissioner for Standards in Public Life has issued a report on campaign spending by individual candidates in general elections.

The report looks at the costs candidates incur, how campaign spending is regulated, and how candidates report their expenditure. It is the outcome of a landscape review rather than an investigation, and its focus is general practices as opposed to the conduct of any particular individuals.

The report finds that by law, candidates can spend up to €40,000 if they contest two districts. However, this limit applies only to expenditure incurred during the official campaign period, which starts when an election is called. Candidates typically start campaigning well beforehand.

Declarations of expenditure by candidates do not necessarily give a true picture of costs because they are understood as obliging candidates to report costs incurred during the official campaign period only. A survey of some candidates’ public social media posts brings to light campaign events that do not appear reflected in their declarations.

The declaration forms themselves are outdated and unclear. In many cases actual declarations do not even satisfy the requirements in the forms. For instance, after the March 2022 election only a limited number of candidates provided a detailed list of campaign donors as they are obliged by law to do.

The report notes that valid prospective candidates can be dissuaded from contesting elections by the need to spend substantial amounts of money in order to have a reasonable chance of success. This risks leaving the field to those who see politics as a means of personal gain or are willing to incur obligations to third parties in return for campaign donations. The outcome would be to undermine standards in public life and erode public trust in the political process.

This report is intended to raise awareness about the current situation, and it does not present detailed recommendations for change. It does however raise the issue of whether there should be a cap on campaign spending throughout the period of the legislature rather than just during the official election campaign. The report also argues for the imposition on candidates of an obligation to report all significant campaign donations regardless of when they are given. The report warns that unrestrained campaign spending can trigger a race to the bottom in terms of standards in public life, and it is vital to the health of democracy in Malta that this situation is avoided.

The report can be downloaded from here. 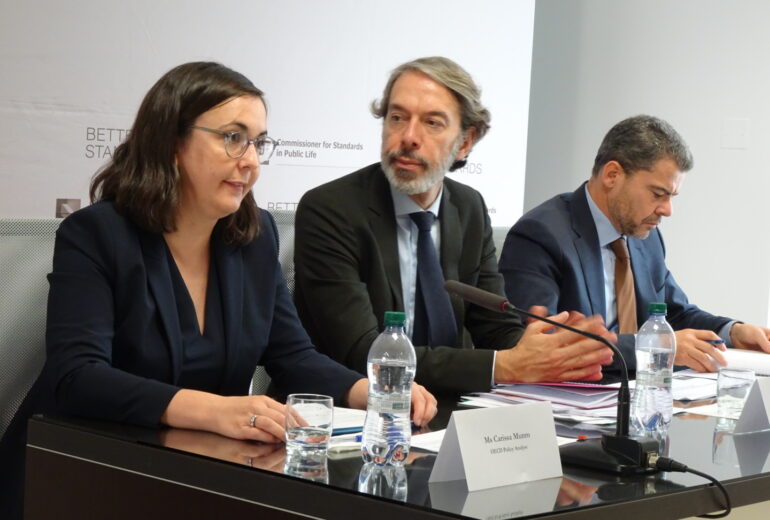 OECD recommends revision of codes of ethics for ministers and MPs